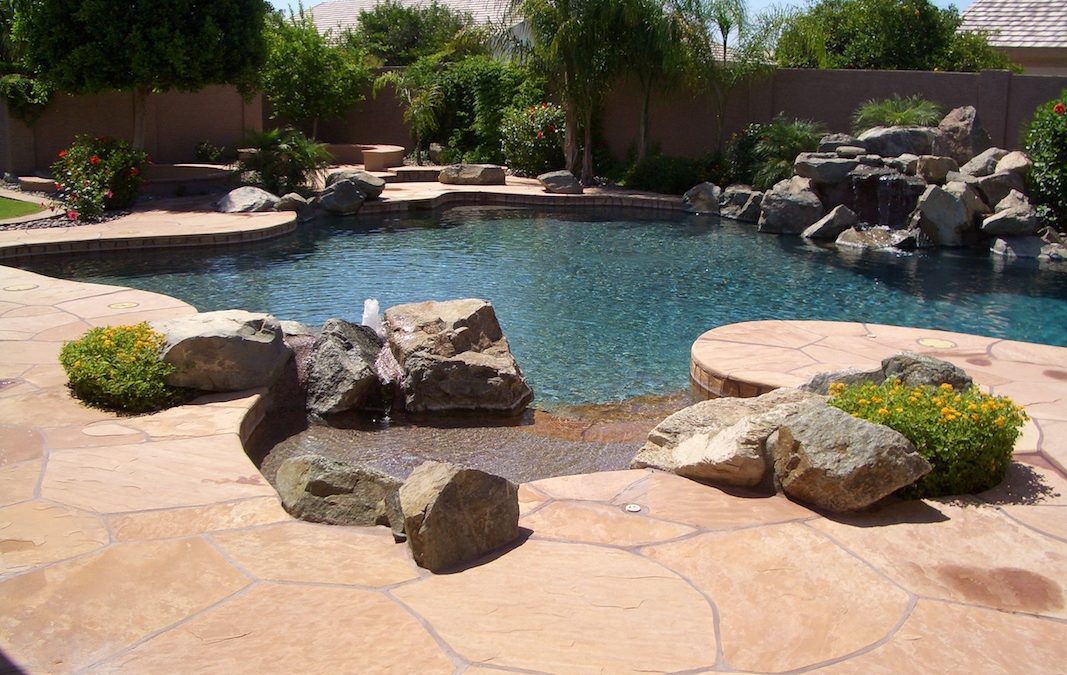 I love my pool! It’s amazing and was have had so many parties and events here that would not have been possible without adding many of the “extras” that we at first resisted because of cost when the pool was being designed.

I must add, when I speak of the “pool”, I really mean the entire backyard area where we have spent so much time. And I must also add, that this is an older pool, built back in 1996, but built so well that it looks and works as good today as it did then.

We live in sunny, hot, Arizona and my children grew up practically living in the pool! Because we had the “most fun” backyard of all my children’s friends, so most of their friends also “grew up” at our home.

For me, I loved that. I knew all my children’s friends, and I most always knew where my kids were. They were in the pool!

As a father, I had two beautiful daughters, and a brilliant son. (I’m sure we all think this way) Of the two, I had far greater concerns and an increased protective awareness regarding my daughters. The pool and beautiful yard worked to our advantage for this as well. I knew the boys my daughters were seeing quite well. They practically lived at our home and all it required was a constant flow of pizza, soft drinks, hamburgers on the grill, and some competitive volleyball matches in the pool.

I say the previous to bring me to my real point. When the pool project began, it was modest. A nice pool, some deck, and a place to BBQ. What we ended up with, was a masterpiece and paradise of trouble free fun.

The pool designer we chose, was not the “low price guy”, but was not really the “high price guy” either. In fact what I would call him would be “a professional”. Indeed he stretched our budget to the max, but it was still within the amount we could afford, though at the ragged limit. The result is something I will never regret.

The pool is HUGE with a deep, safe, diving area that really gets it’s workout, and a separate area for volleyball that is large enough to have real fun.

There is also a “hot tub”, designed small to be energy efficient yet comfortably seat six.

What really is amazing are the deck areas. Our designer told us that the biggest regret he hears is the deck areas are not big enough to entertain the way people really live. In the end, we designed a little over 3000 sq. ft. of beautiful natural stone decking and we use it all!

The pool is decked out with several different types of water features, including a natural stone waterfall with a grotto area under the fall and a “geyser” that can shoot over 20 ft, into the air, (rarely do this), or adjusted down to a trickle (we typically set the flow to about a 12” high spout of water that adds a wonderful and peaceful sound to the yard).

We used an aggregate interior finish in the pool and it has stood the test of time! It looks as good today as it did the day it went in. We also added alternative sanitation equipment including ozone and later adding UV, which reduced the chlorine enormously and we never once had an algae problem or cloudy pool.

The pool also had full automation with a simple control panel in the home that can be programed to operate every feature. There are multiple underwater lights that could be synchronized and change colors. And the spa has 16 therapy jets and a whirlpool that made it a true therapy spa.

We also opted for a heater that can heat both the pool and spa. We use it to add about two months to our swim season as well as vigorous use to heat the spa.

There is so much more I could say, so many memories, more fun than I could ever explain. Yes, we spent a lot more than we originally planed, but there are no regrets.